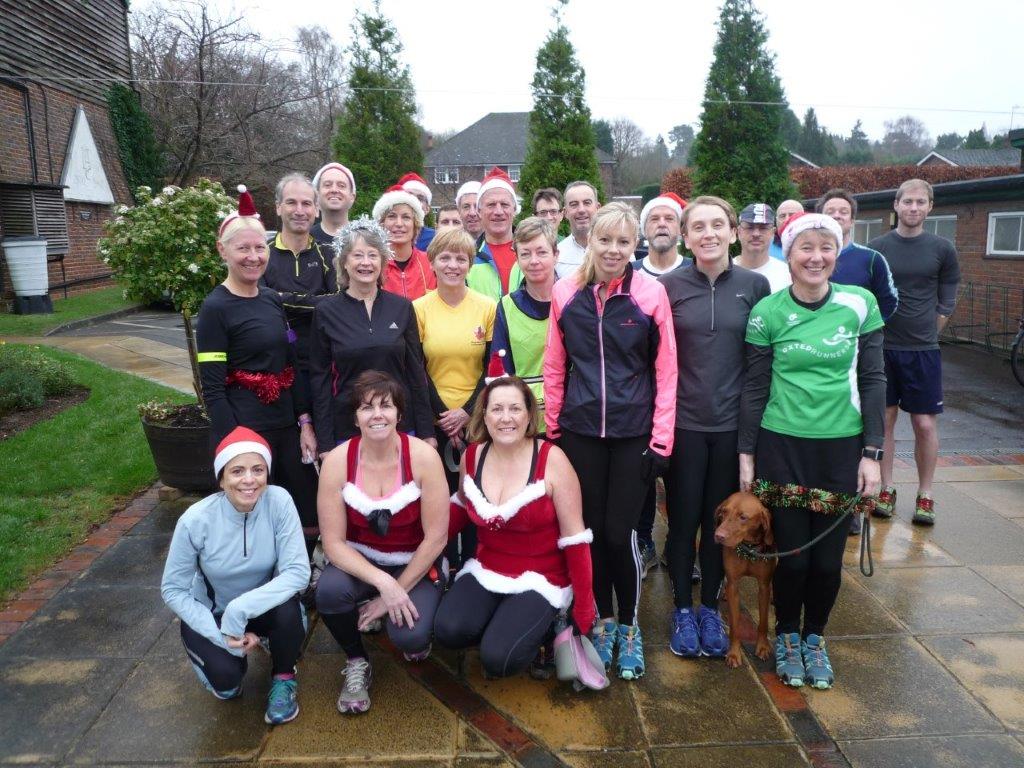 Twenty four members plus Otis gathered on a cool Sunday morning for our Christmas run. Once Big John was ready and after pictures were taken by our injured chairman, Simon, we set off uphill. Jonathan had planned an excellent route, mixing known paths with new ones with a good interchange throughout of mud and made up pavements. The highlight was to be the finished new track at Holland, but nobody had told the contractors of the deadline, so we will have to return again. Most members got back to the club, although a few prospective marathon runners decided at Detillens Lane to run back to Hurst Green or Godstone (just down the road!) for the extra challenge. A good time was had by all. 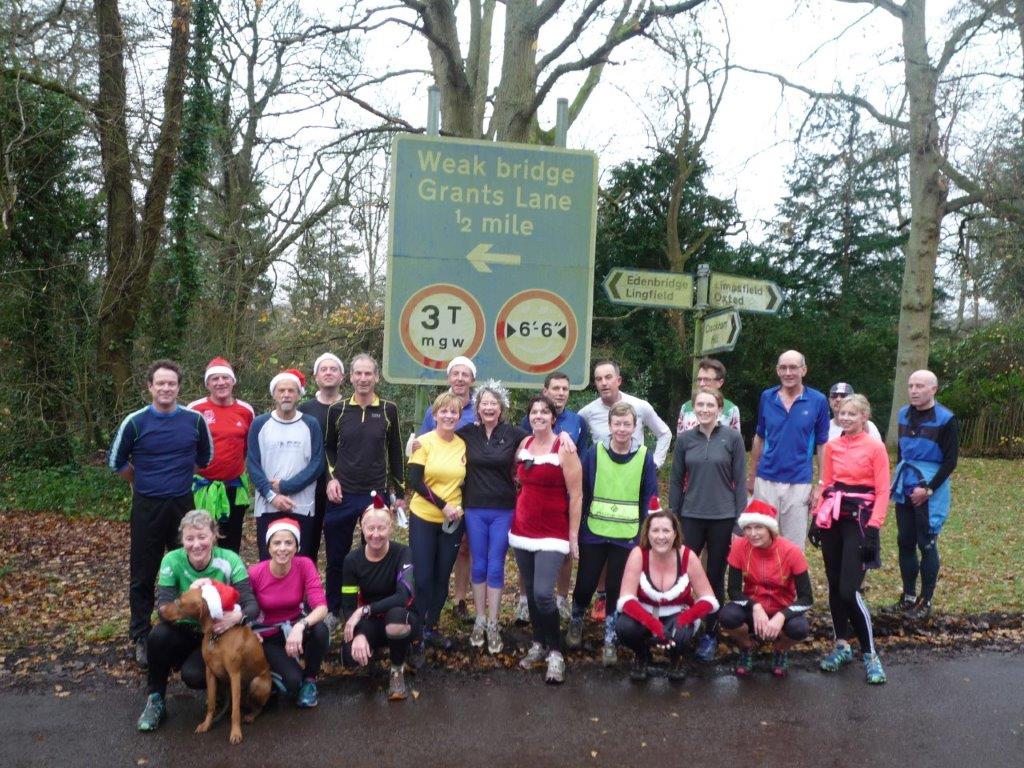 We are a friendly running club of over 100 members of varying ability and age. We have a male:female split of approximately 60:40 and welcome runners of all standards from Beginners through to those training for a marathon or something even more challenging!